With a universal registration number, the Provincial Government of Punjab will issue a centralized number to the vehicles of Punjab. These Universal number plates will be equipped with the latest security features and can be detectable with safe city cameras. This will enhance the security of vehicles and it will also facilitate the departments of security and other tax collection departments.

The problem of Security features and standardized number plates of the vehicles was concluded well with this agreement.

This agreement on a G to G basis will prove to resolve the persistent problem of issuance and supply of number plates.

With the saving of Government expenditures, this agreement will provide an easy facility to the public of Punjab told by CM Punjab Usman Buzdar.

CM Punjab told that soon the Government of Punjab is going to provide the number plates at doorsteps of the vehicle owners.

Auction of the Golden number has made online this will help collect more revenue by the revenue department.

All tax collections of excise department are made online through epay. In the current year, 5 Billion rupees were collected through epay.

To facilitate applicants online appointment system is introduced to book appointments for registration and other relevant issues.

Biometric system will soon be launched for the registration of vehicles.

Security features and standardized number plates of vehicles are introduced to implement law and order. 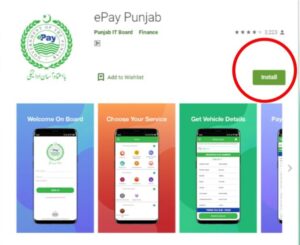 How to register and pay online through ePay Punjab 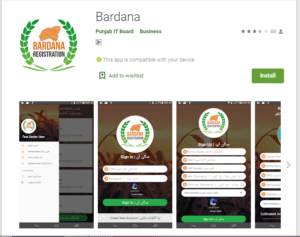