Balance lock codes of all networks

Balance lock code is a code that enables users’ balance to be not consumed even their internet connection is on. It means that if a user locks his/her balance by dialing a specific balance lock code according to his/her network his balance will not be consumed even his/her MB data has consumed. The balance of the user will remain safe during the connectivity of data connection even the Mb data is consumed.

Before the introduction of the balance lock codes, all balance was consumed when MB data was not there in users’ packages. There are certain charges on MB data consumption when there is no data package active on the SIM of the user. Normally cellular companies charge a higher rate without a data package, it is mostly from 2 rupees to 5 rupees per MB depending on the service user is using.

Many users seemed to complain that their all balance is consumed after their internet MB were either expired or consumed.

The same cellular companies also introduced another way that they started sending an alert SMS if a user was using data without a package. But in most cases, these SMS reached late or didn’t reach or there was any other interruption of the network. So this was also in vain for users.

So following the Zong example, other cellular companies also introduced the balance lock codes to facilitate their users.

Here is a list balance lock codes for every company. 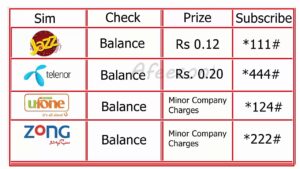 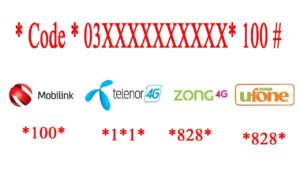 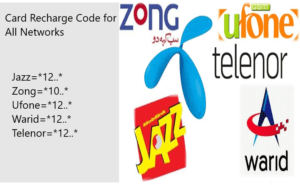 Card Recharge Code for all Networks