How to become an Android Developer | Master in Android Application Programming

Hello Friends! I hope you are doing well, May God peace be upon you.

It may seem that all applications, which are possible, have already been written, and especially nothing new is needed. But this is not so, In fact, new applications appear every day because 70-80% of all devices work on Android: smartphones, tablets, household appliances, and robots.

Existing applications need to be updated as new devices are released, The Android OS is updated, and the functionality is improved. The main categories are messengers, wallets, online banking, taxi ordering, online food, and games (one-third of all). There is no such question as to whether it is worth becoming an Android developer, there are only certain steps you need to go through to become one.

What can Android Developers do?

There is no such thing as if you become a developer, you should be able to do everything. Of course, there is a jack of all trades, but more often there is a separation of duties. You should also not be discouraged if everything seems too complicated, and you do not have enough half of your life to comprehend everything. You don’t need everything at once, there is work for both professionals and beginners (rough work, true, but you need to start somewhere;)).

As a developer, you can choose the job that is closest to your heart:

Forking is an algorithm, in which depending on the fulfillment of the condition one thing is happening or another action.

Where and how to learn all these:

There are two options:

In this article we will learn how to make an Android programmer, Self-study by trial and error can take a long time, besides, you need to have a talent for self-organization and not give up the whole thing. After all, the initial training will take from 3 months to a year. In any case, it’s best to start with at least some structured delivery course. This will be the starting point for further diving into the development topic.

What an Application Programmer Should Know

You will never be able to learn everything because this is the same as knowing the composition of all goods in a hypermarket. In addition, programmer tools are constantly being updated. where a beginner should start:

What can you do after Android Development?

After 3 months of training, you can apply for an internship or Junior (junior – junior specialist) position. Further, as your skills develop, you will become a Middle (average, standard) specialist. And if everything goes according to plan, then there are chances of becoming a Senior, they receive decent salaries. After the senior, you can go to the team leader (team leader). In general, a programmer’s salary ranges from $ 500 to $ 5000 and more. Depends on professionalism, experience, portfolio, and employer’s country.

On a small note, some people are afraid that Google will switch to another OS, and then they will be out of work. As in 2016, there was talk of a new Fuchsia OS. It doesn’t matter, because people will still need applications, just the developers will have more work to do, they need to port their applications to another OS. By the way, programming languages ​​are not very different from each other.

So you went through sleepless nights and decided that it was time to come into the programming world. Where do Android developers work? Of course, these are mobile development studios that run several projects at once. Working in such a studio will ensure rapid professional growth and decent earnings.

Secondly, developers are hired by businesses that need their applications. You need to be prepared that here you will become that jack of all trades, maybe even reinstall Windows for someone.

Third, you can become a freelance programmer, i.e. freelancer. First, you need to expand your portfolio on freelance exchanges and gain credibility. Complete simple tasks for a nominal fee, until there are more applications than you can complete.

You can skip all three options and start by developing your applications, studying the issue, and marketing application promotion. This may be the most promising path of development, but you need to be stocked with patience and a financial cushion. 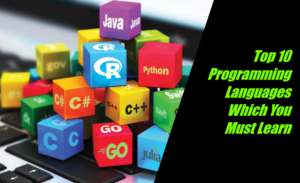 Top 10 Programming Languages Which You Must Learn 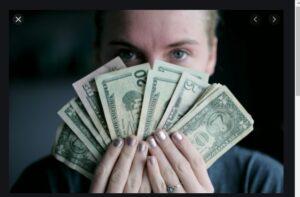 How to earn money online in Pakistan