Hello Friends! I hope you are doing well,May God peace be upon him.

Ways to Increase the Performance of Your Computer:

A. The processor should be replaced if the new one is at least 30% faster than the installed one. Otherwise, there will be no noticeable increase in productivity, and a lot of funds will be required.

Extreme enthusiasts can try to overclock their processors. The method is not for everyone, but it allows you to postpone the upgrade of the processor for another year if the overclocking potential of the motherboard and processor allows it. It consists in increasing the nominal frequencies of the central processor, video card, and/or RAM. Complicated by the individual characteristics of a specific configuration and the possibility of its premature failure.

B. Random access memory. Add if all memory is loaded during operation. We look through the “Task Manager”, if at the peak of work (when everything that can be opened) is loaded up to 80% of the RAM, then it is better to increase it by 50-100%. Fortunately, it is now worth a penny.

C. Hard disk. It’s not about the size of the disk, but about its speed. If you have a slower hard drive from the economy series with a spindle speed of 5400 rpm, then replacing it with a more expensive one with a speed of 7200 rpm and a higher recording density will add performance. In all cases, replacing it with an SSD drive makes users very happy.

D. Video card. Here it is clear, for games we are changing to a more productive one but do not forget that the processor must match a powerful video card. Here is a detailed description of which video card is better.

You can approximately determine the bottleneck in the computer configuration using the standard Windows 7 performance evaluation tool. To do this,

Overall performance is determined by the lowest metric, so the weak link can be identified. For example, if the estimate of the hard disk is much less than the estimate of the processor and RAM, then you need to think about replacing it with a more productive one.

\The computer may be slowing down due to some kind of malfunction, and simple repairs will help improve performance. For example, if the processor cooling system malfunctions, its clock frequency is greatly underestimated, and as a result, performance drops. It can still be trivial to slow down due to overheating of the motherboard components due to strong dustiness! So first, try to clean the system unit thoroughly.

If you have never heard what it is or have not done defragmentation for a long time, then this is the first thing that will need to be done to increase the speed of your computer. Defragmentation collects piece by piece the information on the hard drive into a single unit, thereby reducing the number of movements of the read head and increasing productivity.

Lack of at least 1 GB of free space on the system disk (where the operating system is installed) can also cause a decrease in overall performance. Keep track of free space on your disks. By the way, for the defragmentation process, it is desirable to have at least 30% free space.

Reinstallation of 90% allows you to increase the computer’s performance by 1.5-3 times, depending on its “filthiness”. This operating system is so arranged that over time it needs to be reinstalled.

Sometimes it is possible to significantly increase the comfort of work with the help of special programs. Moreover, in most cases, this is almost the only simple, fast and suitable method. I already wrote about one good program called AeroTweak earlier. You can also try the good PCMedic utility. It is paid, but this is not a problem.The highlight of the program is the fully automated process.

The easiest way to correct the settings for optimal is to go into the BIOS and select an option like “Load Optimal Settings” (the spelling may differ depending on the BIOS), save the settings, and reboot.

Today, almost every second installed program climbs its nose into a startup. As a result, the loading of the operating system is delayed indefinitely, and the work itself is slowed down. Look at the system tray (near the clock), how many unnecessary icons are there? It is worth removing unnecessary programs or turning them off from startup.

This is easily done using the Windows built-in System Configuration utility. To run it, press the combination “Win + R” and enter “MSConfig” in the window. In the program, go to the “Startup” tab and uncheck the extra checkboxes. If after the reboot something is missing, then the checkmarks can be returned. You should have an idea of ​​what programs you have installed and why you need them.

This can help, especially if you have installed very old or default drivers (by default from Microsoft). Motherboard chipset drivers are the most influential, but others can degrade performance as well. You need to update the drivers for each device, and you can find them on the manufacturers’ websites.

If you are still running Windows XP with 2 gigabytes of RAM, then I advise you to quickly switch to Windows 11, the performance will increase. And if you have 4 GB or more, then feel free to install Windows 10 64-bit version. The speed of work will increase, even more, but only in 64-bit programs. Processing video, audio, and other resource-intensive tasks can be processed 1.5-2 times faster! It’s also time to change to Windows 11.

Although they are in my tenth place, this does not mean that you should not pay attention to them. Viruses can significantly slow down your computer or even freeze it. If there is a strange decrease in performance, then it is worth scanning the system with one of the scanners, for example, DrWeb CureIt! … But it is better to have a reliable anti-virus installed, for example, DrWeb or Kaspersky Anti-Virus.

Let me tell you another secret – Windows can run up to 30 times faster! And it can even become immortal, i.e. after rebooting, the system is clean, even if the virus has fun and deleted the system folders! I tried to download and run a couple of dozen viruses while the mouse could move, and deleted system files until I got a blue screen. Then I rebooted Windows, and it booted as if nothing had happened. 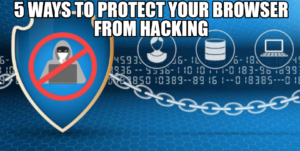 5 Ways to Protect Your Browser from Hacking

10 Awesome Shortcuts keys You Should Be Using in Windows 11 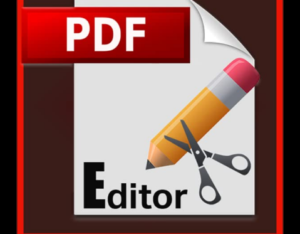